The mishap is expected to have happened around 6:15 AM in the morning today – Saturday (May 22,2010). There was heavy rains in Mangalore when the mishap occurred and the plane has overshot the runway and fell into a valley.

“The aircraft has broken in pieces,” Gopal Hosu, a senior police official, told NDTV, a private television station. “Members of the rescue team are trying to douse fire and the smoke.” 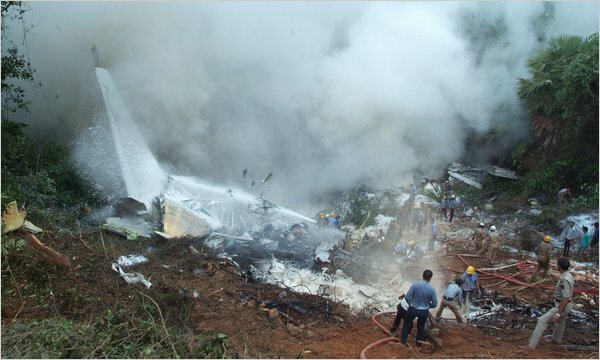 He said a few people might have survived. Television footage showed rescue teams struggling through smoking and flaming wreckage of the Boeing 737. Television reports said that six or seven people had been taken to hospitals.

The Karnataka Home Minister Mr. Acharya said 160 people are feared killed and few people might have escaped in the mishap. The Union Civil Aviation Minister Mr.Praful Patel, Chief Minister of Karnataka Mr.Yeddiyurappa and other leaders are rushing to Mangalore to oversee rescue operations.