You are here: Home / Breaking / 6 big earthquakes in Vanuatu

Strong earth quack of 7.3 magnitude on Richter scale hit the Vanuatu Islands on Friday. The quack occurred at 4:14 a.m local time at a depth of 36 km. the exact location is: 13.641°S, 166.713°E. The US geological survey found out that the quake had hit 2,070 km northeast of Brisbane. As is the case with earthquakes with high magnitude, a series of aftershocks were felt in the region within six hours after the first quake. 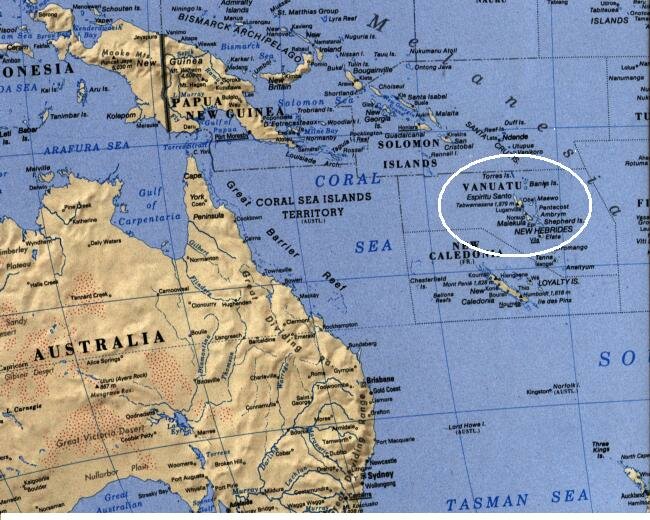 Tsunami warning was predicted by the South Pacific Tsunami Warning Center in Hawaii which was soon canceled. No damage of life and properties reported yet. However It briefly advised people in coastal areas to stay off beaches, out of the water and not to go sightseeing.

The earthquakes are caused by several reasons including tectonic plate movements. The experts said later that had the tsunami hit the consequences could have been severe. In 2009 three strong quakes had hit Vanuatu and each of them had intensity above 7. Total six big quack occurred of from 7.2 to 5.1 magnitude in 24 hours.

Republic of Vanuatu is an island nation located in the South Pacific Ocean near Fiji and Australia. Vanuatu have consist approximately 82 relatively small island with people living on 65 of them. Vanuatu’s total area is12,274 square kilometers with 9% of land is used for agriculture. It is also well known tourist destination to warch corel reef in ocean.

There are several active volcanoes in Vanuatu, including Lopevi, as well as several underwater ones. Volcanic activity is common with an ever-present danger of a major eruption; a recent nearby undersea eruption of 6.4 magnitude occurred in November 2008 with no casualties, and an eruption occurred in 1945.[21] Vanuatu is recognised as a distinct terrestrial ecoregion, known as the Vanuatu rain forests.