The 16 Year Old girl from California, Abby Sunderland is missing who was sailing around the world in a teen age because she wanted to set a record as a youngest person to do such job in the world. She is missing between Africa and Australia according to The Associated Press. The teen navigator lost contact with her family from this Thursday when she was in the Southern Indian Ocean, this information is reported by her brother. According to the investigation, at that time Abby was sailing into a storm and her emergency beacon locating device was activated. 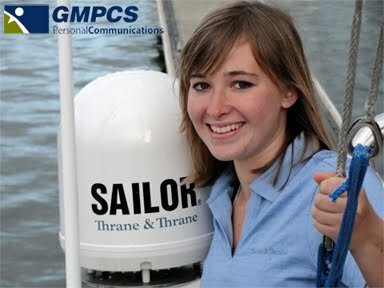 Suddenly, the satellite signal was lost by Abby Sunderland from her family who was never able to re-establish communication with her after the storm was over and her phone was also not working properly. She gave the danger signal twice.

Abby’s brother, Zac Sunderland said, “If the boat flipped, she will be protected because it has water-tight compartments.”

Before the age of 17, Zac Sunderland sailed around the world. He also reported that the boat has not sunk because a beacon that is salt water activated at 15 feet deep has not been triggered. 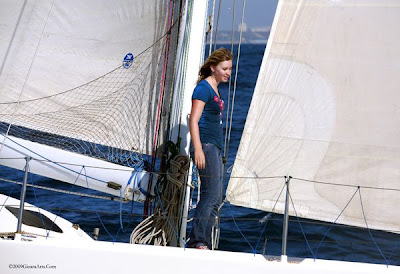 She was missing on a 40 foot, orange and yellow racing yacht named “Wild Eyes.” On January 23 of this year, Sunderland first set out on her journey back from Marina Del Rey in Los Angeles, California. On her journey, she had found a lot of different opposition from other sailors because her voyage was going to be taking her into the Indian Ocean at the onset of the winter storm session. She knew very well that it was hazardous but she was an experienced sailor who knew what she was doing on the ocean. During the storm, when she lost contact with her family was considered as the most difficult part of her entire voyage.

A blog throughout her journey had been being kept by Abby. On her website her last entry said that she had hit rough weather and winds that had reached as high as 45 knots.
In a number of news reports, Abby’s parents said that they had urged Abby to go to a nearby port if dangerous weather conditions arose while she was in the Indian Ocean. For her, everything had seemed to be working out before the latest incident. 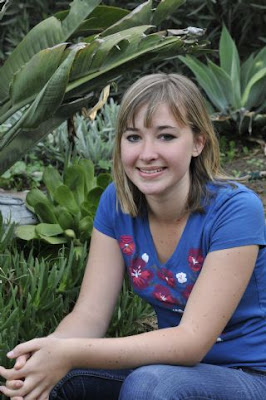 Everyone is thinking that it was a malfunction with some equipment which caused the distress/emergency beacon signal. Let’s hope for the best and she will locate soon and everything is fine with Abby.

Updates: An American teenage girl was found safe with her damaged yacht on Friday after going missing in stormy Indian Ocean seas during a controversial attempt to sail solo round the world. An Australian search plane spotted Abby Sunderland, 16, after 0600 GMT on Friday, after she lost the mast on her vessel “Wild Eyes” thousands of miles (kilometres) from help and triggered emergency beacons.