You are here: Home / Auto / What is new in Honda City Diesel?

What is new in Honda City Diesel?

What you expect from 2014 Honda City Diesel – better performance, better interior, better engine, and much more? Read the complete review of Honda city diesel to know about its features and specifications.

Human Desires are unlimited…that’s why we expect more from friends, family, and even technology. At present, all technical products from Smartphone to Car are set with innovative features and technology. Honda, a very big brand in automobile industry, doesn’t require any introduction. The City is very successful nameplate of Honda in the Domestic Market. The first and second generation of Honda city was appreciated by more car enthusiasts; while its third generation got the general buying public enthusiastic due to its terrific balanced performance and fuel economy. It did not only record the highest sales for the brand in India, but also won almost all comparison tests because of its modern looks, a plush and pleasing cabin and mechanical prowess. For the longest time, it was the best selling car in its class. But Lack of a diesel powered City model, Hyundai dropped down its selling by launching well spaced, good looking and crucially diesel powered “Hyundai desire”. No more now…because Honda has finally introduced its much awaited 4th Generation City at a world premiere held in Delhi, India. It is expected to come with new design and diesel engine, which is more fuel efficient and refined. 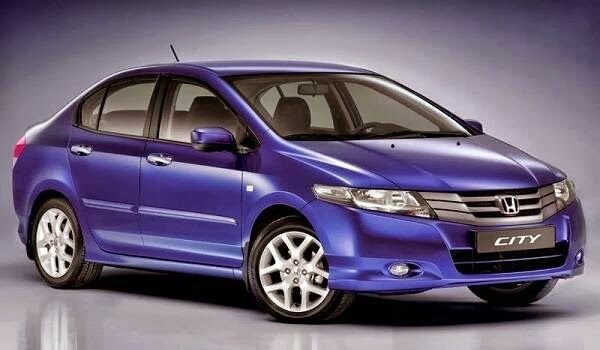 At present, the demand of diesel cars has been increased day by day, that’s why Honda has decided to launch its most successful variants Honda City in diesel version. It is expected to come with the latest technology and features. The Honda city will be powered by 1.4L iCTDi (intelligent Common Rail Turbocharged Direct Injection) diesel engine that will delivers maximum power output of up to 100bhp. Honda is planning to Sale City in January, 2014. However pre-launch booking have been already started at the company’s dealership across the county, so book as early as possible otherwise you have to wait for a long time after its availability. The diesel version of City is expected to available at the price of INR 10.25 lakhs, while petrol version is available at INR 9.25 lakhs.

The New City comes with Honda’s new age design theme – the “Exciting H Design”. There is no change in dimensions. However, the wheelbase is 60mm bigger and height is 10mm more than the outgoing car. It looks modern and new, yet it has enough design cues to embody its strong past heritage. The previous City was mostly criticized for having sober interiors, that’s why company has made lots of change in interior design. In new city, you will get touch screen air-con controls, the 5-inch LCD display, Rear air-con vents, and the terrific looking speedometer console. Further, it is also good in class space.

Lack of modern interior & space were the main problems of earlier City, but this issue is completely solved in new model. Interior of fourth generation city is dramatically different; this time, Honda has used “man maximum machine minimum” concept in the new city, that’s why every inch of inside space has been used for offering more storage space together with large head and leg-room. The interior of new city looks edgier and more modern than previous sedan.

For the first time, Honda has introduced the new H design concept in India. The exterior styling comes in Sleek Cross-motion form. The exterior front is not vastly different, but new body panels give more athletic look with sharpened exterior lines. New exterior design boasts LED brake lights and modern design for the alloy wheels. The indicator is set on the OVRMs. The tail-lamps of the car possess new design and house a combination lamp and a lid lamp.

Now coming to the part you have all been waiting for. YES!!! Finally, diesel engine comes in Honda city. It is powered by 1.5-litre, 4-cylinder i-DTEC diesel engine that powers the Amaze compact sedan. The i-DTEC motor delivers more power and torque without compromising on the fuel efficiency front. It is expected to generate 98bhp and 200Nm of torque through five-speed manual gearbox. Engine has been created just by keeping in mind Indian driving conditions. The diesel city has a manual gearbox and it will be sold in three trim levels at first.

In the past, Honda city is highly appreciated by car enthusiasts and auto experts for its powerful performance on Indian roads. Its 5-speed transmission gearbox is very useful in handling the car in heavy city traffic. Due to the paddle-shift, drivers can shift gears without using the clutch. The fuel-efficiency of the car is 13 to 17 kmpl. It is quite faster than petrol version. It is capable of breaking the speed fence of 100 km/h under 10 seconds.

The 2014 Honda City is expected to come in three variants E, S and V. The base version- e is not available with all features, especially sunroof is missing in base version.