You are here: Home / Auto / Toyota Etios Booking in India to start from December 2010

Toyota Etios Booking in India to start from December 2010

The concept version of Toyota’s compact car, Etios booking will start from next month in India. Finally Toyota Etios is going to launch on the 1st of December’2010 in an official ceremony to be held in Bangalore according to the company officials. In a sedan frame, the car would be first launched that would afterwards be followed by the hatchback version. Initially Toyota Etios Twins (hatch and sedan) would be introduced with Petrol engines, whereas the Diesel version would be launched three months later. 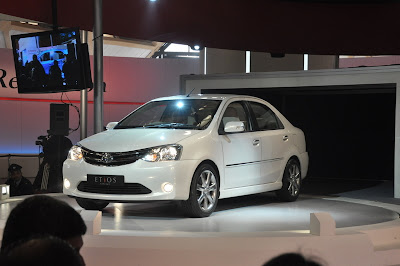 Toyota Kirloskar Motor’s MD, Hiroshi Nakagawa said, “We have decided to launch Etios next month in Bangalore and will start bookings in the first week of December.” A sale of 65,000 units of Etios is expected by Toyota in next year out of a target of 1.5 lakh units across all models in India. Specifically for the Indian audience, Toyota Etios is made and would be introduced in India originally. Only after its official launch in India the car may be exported abroad. At the Delhi auto expo, the car was first exposed to the Indian audience held in January and the response of the car buyers reflected on its soon to be witnessed success there itself. 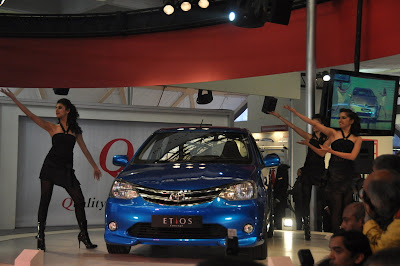 Musical genius A R Rahman is appointed as Etios’ brand ambassador. The car is sure to make history in terms of customer attraction and sales with great eagerness surrounding the car launch and Toyota’s expertise wrapping the product. During December, the car would be obtainable for booking anytime while in the month of January it would be rolling out to different Toyota showrooms. Etios is powered by diesel (1.4 Litre) and Petrol (1.3 or 1.2L) Engine. The company has not disclosed the precise price of the car, though it is speculated that the hatchback version of the car would be shelved in the price of Rs. 4-5 Lacs, whereas the Diesel version would cater to the price of Rs.7-9 Lacs. 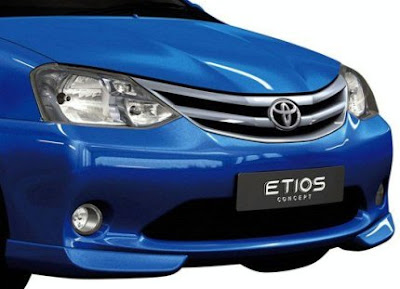 Etios will compete with other famous small cars such as Maruti Swift, Ritz and Fiat Punto. With the Kirloskar Group, Toyota had joint venture and is investing Rs 3,200 crore for second manufacturing facility in Bangalore where Etios produce. In India, the company sells sedans Corolla Altis and Camry, SUVs Fortuner and Prado and utility vehicle Innova. 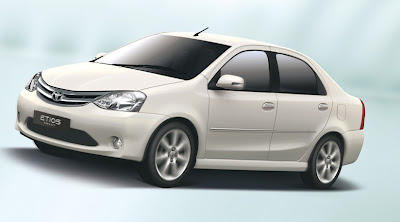 Video of Toyota Etios Teaser – Debut in India 2010 from youtube: