New MV Agusta F3 will be launched in 2011 : Photos Revealed

At last, an Italian manufacturer MV Agusta has revealed first photos of new MV Agusta F3 middleweight sportsbike which launched in 2011. The sexy and stylist MV Agusta F3 will come with 675cc three-cylinder like Triumph and Benelli. At the 2010 EICMA show, new MV Agusta F3 debut in the world. 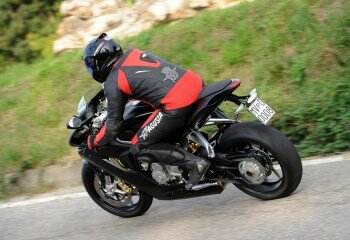 The MV Agusta was started in the post of World War II reconstruction period in 1945. From Cascina Costa, Italy, near Milan, two bothers started company as Agusta for manufacture inexpensive transportation. Then the motorcycle company entered in to the Grand Prix racing world and in 1980 MV Agusta would have 75 World Titles including 38 rider championships and 37 constructor championships.

During the 1970s, MV Agusta cut down on hard times and stopped production in 1980. In 1991, Cagiva acquired the dormant MV Agusta name and by 1997 a new linage of MV Agusta motorcycles were released, starting with the legendary F4 Serie Oro that featured a 750cc inline four. Then Harley-Davidson would buy MV Agusta during the year 2008 at $109 million. However, after some reformation in management, the Motor Company decided to deprive its interest in the exotic company in October 2009.

As MV Agusta is the builder of the most beautiful and coveted motorcycles in the world, it continues to keep its reputation, all that work in design and development. Recently, MV Agusta released photos hint to a very technically advanced 600cc bike F3. The engine will be a liquid-cooled. MV Agusta F3‘s taillights, the wheels and the front of the bike are similar to 2010 MV Agusta F4. 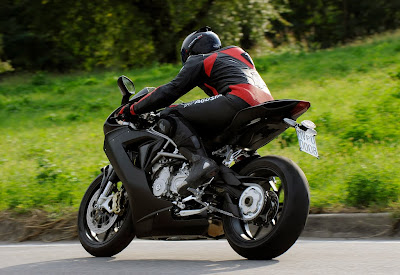 In addition, the bike’s front brake calipers are radial and the forks are upside down. The GP-style tire out is hidden by the single-sided swingarm and rear wheel.

While the Italian brad was still under the ownership of Harley-Davidson, the work on the new F3 has been concluded. But, the American manufacturer made a decision that the MV Agusta F3 will be released for sale a year after it bought it.

The sports bike lovers have to wait for the 2010 EICMA show to reveal of smaller sibling of the F4. The show will be scheduled to take place in Milan in this November; the show also has the perfect venue for MV Agusta to carry the new F3 into the spotlights.

According to the official statement from MV Agusta, “After years of continuous design and development along with ongoing research to create the most beautiful and technologically advanced 600cc bike of the world, the first pictures of the ‘real’ MV AGUSTA F3 are revealed.”