Finally, the wait for the fourth-generation, all-new 2014 Honda City Diesel variant is over…as it is going to hit the Indian auto market on 7th January, 2014. It is the first model of Honda City, which will reach the domestic market with diesel option. It will also appear in two other petrol variants including Petrol and CVT petrol. The fourth generation Honda City is created with some new elements both inside and outside, but retains the overall design. Moreover, it will be included in the list of new car launches of 2014. It is one of the most important cars for Honda, because it has got a huge success through pervious variants of Honda City. The new Honda City Diesel is expected to be available at the price range from Rs. 7.5 lakh to 13 lakh. 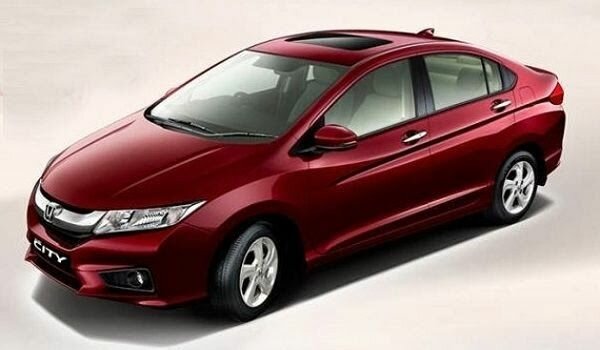 Honda unveiled new model of City all over the world on 25th November, so that Honda showrooms had been receiving many inquires about the new Honda City as well as got booking from many dealerships. Honda has made changes in new Honda City by getting customer feedback about cabin space and interior quality.

It is powered by the Amaze’s 98.6bhp 1.5-litre i-DTEC engine that delivers maximum power output of 100 PS at 3600rpm and peak torque of 200 Nm at 1750rpm. It is mated to a 6-speed manual transmission with optimized gear ratios. Performance wise, it is really good because it hits 100kmph in just 12.8 seconds. In ARAI tests, the 2014 Honda City got fuel economy score of 26Kmpl that makes it most economical car in the country.

The New Honda City will attract auto lovers with five variants including E, S, SV, V and VX. One of the best points of all five variants of the City diesel is that it comes with safety features like ABS, EBD and a driver airbag as standard. It’s SV, V and VX trims boasts the automatic climate control air-con with touch controls; while the lower two trims consists of manual air conditioner. You can get air-con vents for the rear seats only in top three trims.

The S and SV models are packed with included four-speaker system without a CD player or the camera. Audio system of the car gives USB, aux-in, Bluetooth streaming and steering-mounted controls, but unfortunately this feature is not available in base Honda City E.

It looks edgier and more current than the insides of the outgoing car because it is wrapped with high gloss finish around the dashboard, the easy to read clocks. For the stereo, it gives touch screen interface and in air functioning. The new City is surely plusher than the old one. The fourth generation Honda City is not bigger in size. It still measures 4440mm in length and 1695mm in width.

The Honda City is already famous as most comfort cars in its class. In New Honda City, passenger will enjoy maximum knee movement because seats are spacious and extremely comfortable. In terms of rear kneeroom, shoulder room as well as head room, the new Honda City is really impressive.