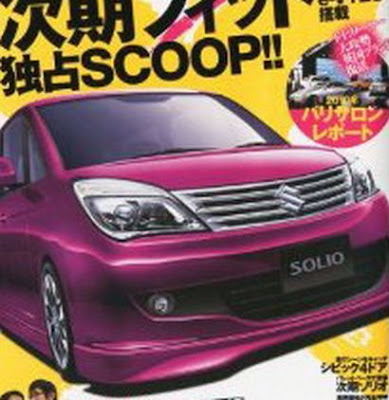 Previously, the model of Suzuki Solio had first arrived in the international market in the year 1997 as the box-shaped hatch-back model. Primarily, the Solio is sold in Japan and Taiwan. Maruti Suzuki Wagon R 2011 will be available by 2012 in India.

Maruti Suzuki Wagon R will also get the powerplant from the Swift, a 1.2 litre DOHC VVT which produces 90bhp @ 6000rpm, 11.8kgm @ 4800rpm and speculated fuel consumption of 23-24 litres/km. Talking about the exterior part, it is designed very uniquely. The headlights of the car are very bold and also have a ‘Kizashi’ style front grille. No changes will be made in the basic shape of the car. It comes with an overall tall stance; a major add-on feature is the sliding rear doors. The model featured in the booklet is possibly the top-of-the-line variant with 15 inch alloys.