Honda’s Recall 2010 includes Accord and Civics models from the 2003 year and Elements from the 2003-2004 years. Honda has recalled about 4, 00,000 vehicles in the US, due to an ignition switch problem. The recall will begin in late September. According to Honda Motor Co, it is the third recall over the same problem since 2003. The Previous two were in 2003 and 2005. 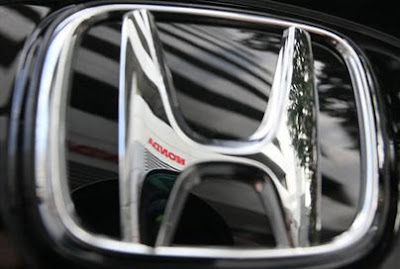 The company said the problem could allow the key to be removed without the transmission being shifted into park and also told to the National Highway Traffic Safety Administration that the defect with the automatic transmissions could lead to a vehicle rolling away and increase the risk of a crash.

Honda in a statement reported that “several complaints about such failures” and “a small number of related incidents, including one that resulted in a minor injury.” Nearly 197,000 ‘Accord’ and 117,000 ‘Civic’ models from 2003, as well as 69,000 Element models from 2003-04 years are included in the recalls.

On Monday 9thAugust, the company said “it was recalling more than 428,000 vehicles in the United States and Canada because of a defect that could cause the cars to roll away if they are parked incorrectly”

Honda plans to begin notifying customers from late September, 2010 with instructions for scheduling the repairs. The owners can contact Honda at (800) 999-1009. Honda has issued the third recall over the problem in the recent year. Previously, Honda had two recalls for the same problems in 2003 and 2005.