You are here: Home / Auto / Fiat Linea T-jet in India to hit roads on October 8 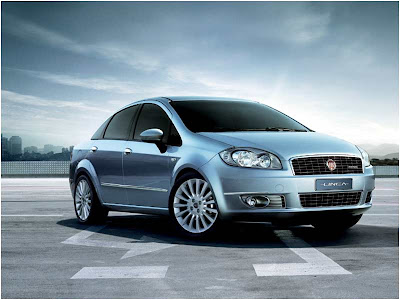 The Fiat Linea T-Jet will be appeared with 1.4 L T-Jet engine that is designed to offer peak power of 110 bhp at 5000 rpm and maximum torque of 200 Nm at 2500 rpm. Linea T-Jet will also be India’s first car with a turbo-charged version of the 1.4-litre petrol motor. The car can go faster up to100km per hour in just about 9.2 seconds. The car can show a striking top speed of around 200 kmph.

After the launch of the 90hp Punto, Linea T-Jet car is the hottest from Fiat, which brought fame for the company. The Grande Punto has encouraged the company to go for the Linea T-Jet. The car will be available in four colors including Tecno Grey, Flamenco Red, Lullaby Blue and Rockability Black.

A Fiat spokesperson said, “The T-Jet will be launched in the middle of October and is expected to come in phased manner.” But, he refused to detail the information.

Autocar India has spilled out the beans on the launch date of the long-awaited Fiat Linea T-Jet in India. According to a Autocar India report, the powerful petrol sedan would most likely hit showrooms on October 8 with a price tag between Rs. 8.8 lakhs and Rs. 9.40 lakhs.

At the Delhi Auto Expo, Fiat had first displayed the car in January 2010. While launching the Fiat Grande Punto 90 hp diesel in July, it announced its intention to roll out the Linea T-Jet soon.

Fiat will also show off the flagship model the Fiat 500 alongside the new Linea T-Jet at the Auto Expo pavilion. Also rumored that the car is a 1.9 liter diesel version of the Linea, but this is a rumour that is dying off, so it may not happen at all.