The Jaguar celebrates its 75 the anniversary with launch of new faster 2011 XKR175 limited edition for its customers in the U.S. and Canada. The latest cat special edition, Jaguar XKR 175 is set for introducing at the McCalls Motorworks Revival at the Montery Jet Center during the 2010 Pebble Beach Automotive Weekend. 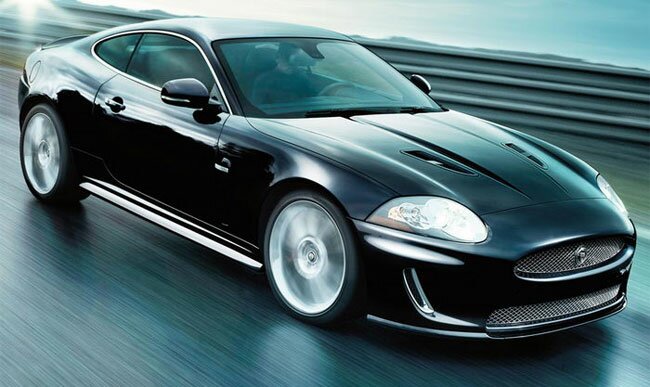 Jaguar spokesman Stuart Schorr said that the anniversary present of sorts highlights the brand’s renewed focus on high-performance engineering and sportier vehicles that reflect its racing heritage from the ’50s and ’60s. The limited edition XKR175 features a few aesthetic changes to the car’s interior and exterior.

Earlier this year, XKR 75 Jaguar unveiled which sported a revised suspension, aerodynamics, and engine. The XKR175 gets a revised aerodynamic package, new front air dam, side skirts, rear diffuser, and a larger spoiler and the same changes available for the optional XKR Speed Pack. By these changes, the car will be more stable at speed by creating more down force. The top speed rises accordingly from 155 to 174 mph. Powering the XKR175 is the same XKR’s supercharged 5.0-liter V-8, which produces 510 horsepower and 461 pound-feet of torque, and is capable of moving the XKR175 to 60 mph in 4.6 seconds. It has new 20 inch ‘Kasuga’ 10-spoke alloy wheels. 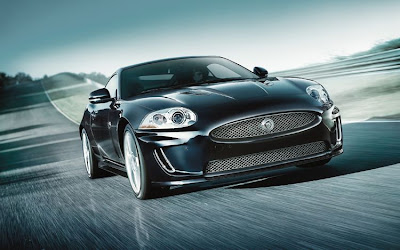 Special-edition model is not completed without a bespoke exterior and interior. XKR175 features a special Ultimate Black exterior paint color along with new 20-inch Kasuga wheels. Red brake calipers stand out to complete the exterior changes. The interior is a special affair and is swathed in special Warm Charcoal leather with contrasting cranberry stitching. 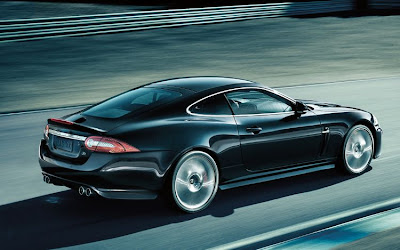 Inside, door sill tread plates reading “XKR 175 – 1 of 175” greet the driver and passenger while the leather is finished in Warm Charcoal with Cranberry stitching, all accompanied by Piano Black wood veneer.

According to Jaguar press release:

“Jaguar celebrates its 75th anniversary today with the debut of the limited edition 2011 Jaguar XKR175 Coupe at the McCalls Motorworks Revival at the Monterey Jet Center during the Pebble Beach Automotive Weekend. This is the first appearance of the exclusive sports car in North America“. “The XKR175 is powered by a supercharged V8 with 510hp and 461 lb-ft of torque and top speeds raised to an electronically-limited 174mph. To ensure that the XKR175 remains stable at high speeds, a revised aerodynamic package.”