In separate statements this week, the companies said that MINI and Smart will reveal model versions of their electric scooters at the Paris Auto Show (October 2 – 17), while Suzuki says it has begun testing a prototype in Japan.

Daimler Smart e-scooter will have safety features like antilock brakes, front and rear LED lights and even an airbag. Its 4-kilowatt (5.5-horsepower) motor gives the two-wheeler a top speed of 45 kilometers an hour (28 mph) that is placed in the rear wheel. It will be featured with lithium-ion battery pack that gives the scooter a single-charge range of up to 100 kilometers (62 miles).

BMW MINI will also enter in to the electric scooter market. The company will show E-Concept in Paris show. The funky and multi-colored MINI scooters can carry two riders. The BMW did not include power, top-speed or single-charge distance specifications. BMW said that the scooter’s moderately upright windshield rake is same to that of its four-wheeled counterpart. It has large round headlight and conspicuous for use of chrome.

In Western Europe and the U.S., MINI is trying to program for its MINI-E battery-electric vehicle, while Smart is appearing to begin selling a BEV version of its For Two in those regions through 2012. Suzuki is preparing to start testing it’s connect hybrid-electric Swift with Japanese car dealerships later this year.

Mini’s chief designer Gerd Hildebrand said, “We have built many of the features of our automobile lines into the scooters.” Presently, three diverse models are being formed under his guidance an anglophile version for modern-day, an Ego model for snobs and an eco-version among with the same color scheme as the Mini E electric car.

Hildebrand said describing what the four-wheel Mini and its two-wheel counterpart have in common, “They all share the same organic form — they all have the small wheels that protrude outwards and ball-shaped headlights that people know from the Mini.”

The Daimler scooter is covered in two attractive colors and has similar body parts made of plastic. The scooter has considerable storage space, a folding seat for a second passenger and a striking windshield for the driver.

Smart model has 5 horsepower and can attain speeds of 45 kilometers per hour. Daimler also estimates a maximum range of 100 kilometers and a battery charging time of three to five hours. Smart will come with LED head- and rear lights, ABS braking, an air bag and electronic monitoring of blind spots for the driver.

Design chief of Mini, Gerd Hildebrand was cleared, “If there is interest, we could bring the scooter to the market within a few years. After all, BMW is one of the few automobile manufacturers that also have a motorcycle division.” 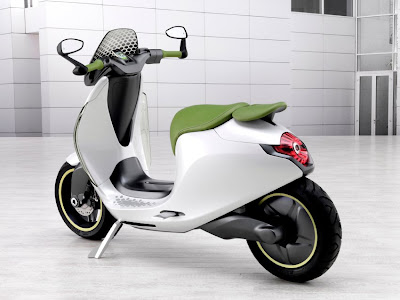 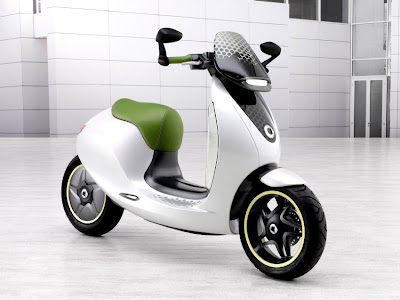 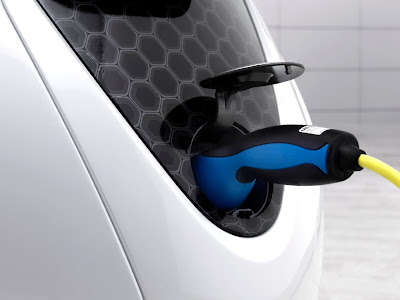 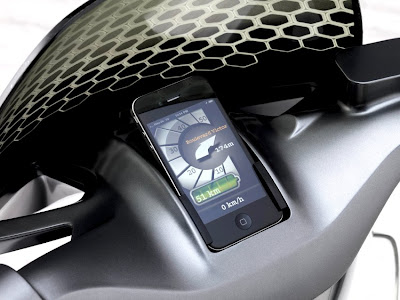 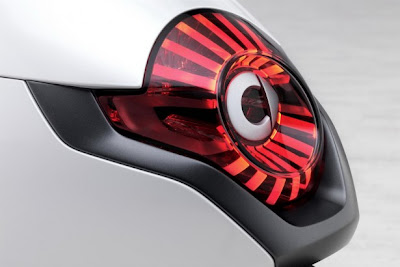 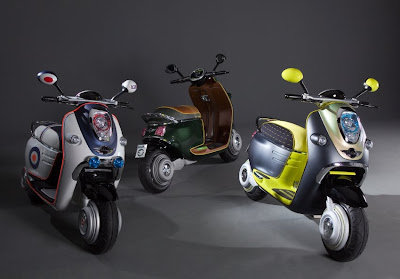 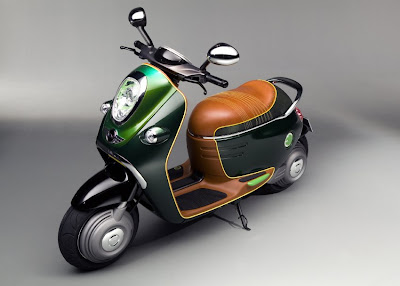 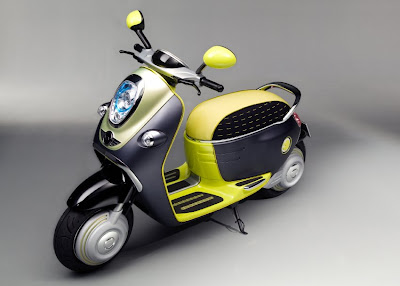 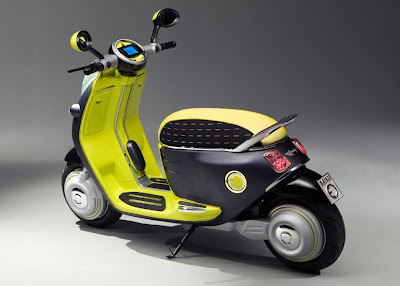 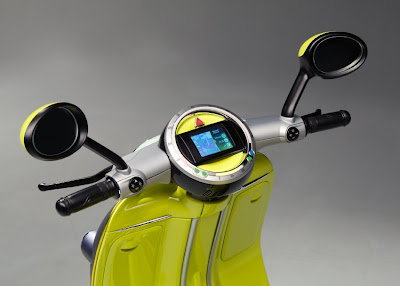 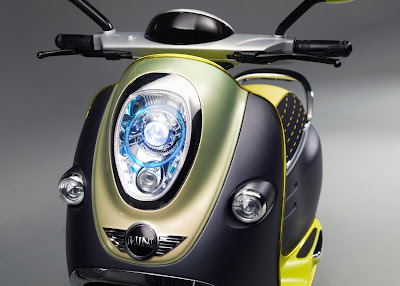 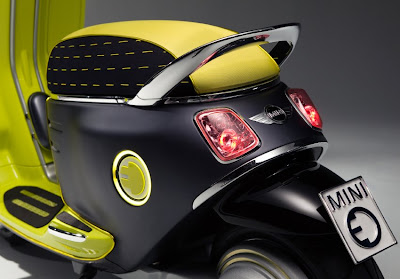 Video of MINI E-Scooter – A first glimpse of the new two wheel concept from Youtube: