Hyundai Motors India Ltd, the Indian subsidiary of Korean auto giant, is planning to launch the next generation version of its existing best selling car – Hyundai i10, in the domestic market. This refreshed i10 hatchback, which has been codenamed as BA, will come with a brand new 1.1-litre diesel engine. Interestingly, the Hyundai BA model is expected to sit between the current i10 and i20 models in terms of price, features and specifications. Earlier reports suggested this new Hyundai diesel car will hit the Indian auto market during the festive season of Dusshera-Diwali this year. And recently, Mr. Hormazd Sorabjee, the editor of AutoCar India, has even tweeted that the next-gen i10 car will be launched in India in the month of September 2013. However, the company has not made any official announcement regarding the exact launch date of the BA model yet. 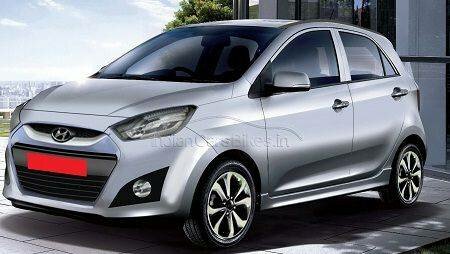 The all-new Hyundai i10 is expected to be much better than the existing model in every way. It will be longer, wider, and taller than its predecessor. Plus, the interior seems to be more impressive than the current i10 with more space and better quality materials. In addition, the new Hyundai model would also have Hyundai’s highly acclaimed latest ‘Fluidic’ design hint in it. As mentioned earlier, the BA model might feature a more powerful 1.1 Liter turbo diesel engine under its hood. This diesel engine is expected to produce a maximum power output of 75 bhp and top torque of 150 Nm. Plus, it might be launched with manual and automatic gearbox options. Hence, we can say that the new Hyundai i10 will not only get a visual makeover but also some interesting changes on the exterior and interior.

Unfortunately, the company has not revealed anything about the price of the Hyundai BA model so far, but it is highly expected to be priced in the range of Rs 4.50 lakh to Rs 6.50 lakh. Moreover, just like the current i10 model, Hyundai BA would be a world car which means it is likely to be sold across the globe. In most other countries, the new Hyundai is expected to replace the current model, whereas in India this car might co-exist with the current version of the hatchback. One thing is for sure, Hyundai Motor India Limited is all set to blaze the Indian auto market with its next-gen i10 Diesel car. And there is no doubt that the new Hyundai i10 will really give a tough competition to other popular cars in the segment including Maruti Swift, Ford Figo, Skoda Fabia and Volkswagen Polo.